Kong is one of the most popular API gateways out there; but managing access to API and services behind it can be quite a bit of work especially as the application evolves requiring more and more advanced permissions models (RBAC, ABAC, ReBAC, …)
Enter Permit - a full stack permissions service, that can empower you to never have to build permissions again.
With a recent update - Permit can now seamlessly integrate with Kong Gateway. And you can add permissions to your API within minutes without having to write a single line of code (unless you want to ;-) ).

If you have Kong Gateway properly configured to relay requests from your users to your backend, you can easily use Permit.io to authorize requests as they go in, with a real time administration layer that has a nice user interface for everybody in your organization but is policy-as-code behind the scenes.

The simplest way to implement permissions (that is, other than dummy permissions such as “allow everyone who is authenticated”) is called Role-Based Access Control, or RBAC. In RBAC, each user is assigned one or more roles, and roles can have permissions to perform actions on classes of resources. For example, in a policy, we say that:

And then we define the following facts:

Not shown is that users may have more than one role, in which case they get the sum of their roles’ permissions.

Then, let’s say bill wants to write to a repo, we’ll ask the question:

Since bill@example.com has the role power_user which can write on repository, the answer is yes, this is allowed.

Though not shown in this tutorial, Permit.io also supports ABAC.

How This Applies to Kong-Based Applications

You’re probably wondering how this applies to HTTP requests, which is what Kong sees. To integrate Permit.io, which works with resources and actions, with Kong, which works with HTTP requests built from paths and methods, we use the methods as actions and translate request paths into resource names. These are the defaults (which obviously you can customize):

This will be translated into:

How to Integrate Permit.io with your Kong-Based Application

Since Permit.io uses OPA internally, you can use the standard Kong OPA plugin.

This guide assumes that you already have Kong configured, and your authentication is done through Kong.

First, you’ll need to set up your Policy Decision Point, or PDP, next to your Kong Gateway. In the Permit.io architecture, the PDP is a small container that makes authorization decisions. You configure it through Permit.io’s cloud service, but once running it’s completely independent (so it keeps running even if disconnected from the Internet) and can make decisions extremely quickly, on the order of 1-5 ms.

To run the PDP, you can use the following command:

To get your API key, go to the Permit.io administration interface and click “Copy SDK secret key” in the user menu: 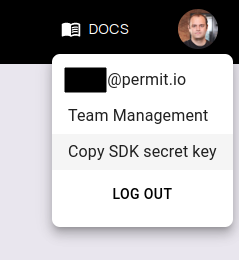 Once running, you can configure your runtime instance to authorize requests through the PDP. In your Kong Route configuration, add a plugin:

In the plugin configuration, set the following values: 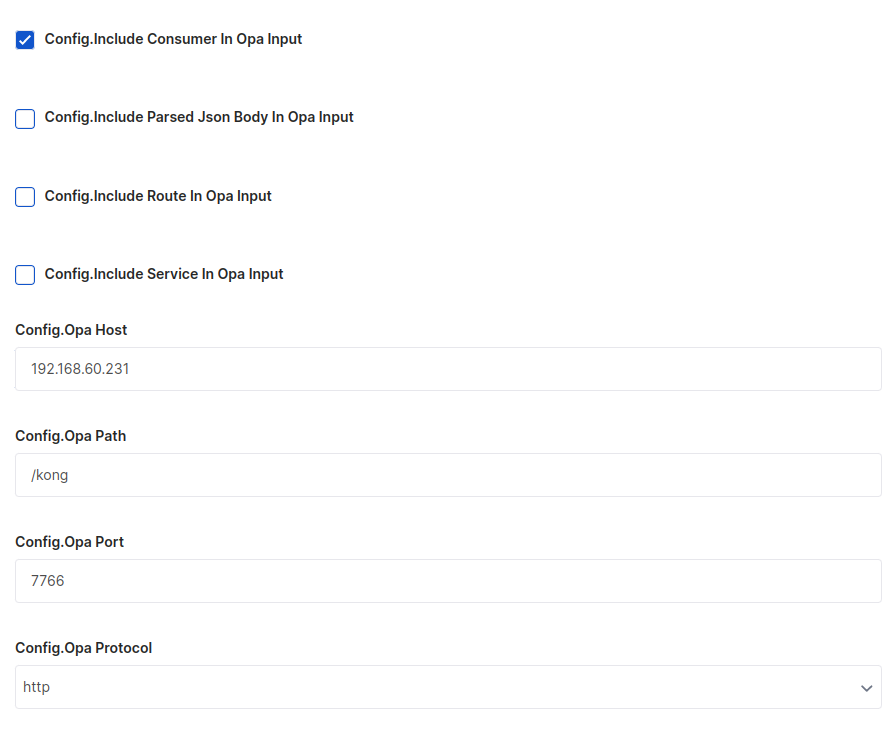 Obviously if you changed any of these values in the PDP configuration, they’ll need to be changed to match in Kong’s configuration as well.

If you need to customize the resource translation table, you can use the following format (shown here is the default table):

To override the default table, simply mount the table’s json file at /config/kong_routes.json. The docker run command would be:

You should now see your http requests being authorized in the PDP’s log, and in the decision logs in Permit.io’s cloud interface. For any denied requests, Kong will return 403s.

As you see, Permit.io makes it easy to add permissions to Kong-based applications. You can easily configure Kong Gateway to use Permit’s powerful permission engine to decide whether requests are allowed, and empower non technical people in your organization to manage permissions themselves.

Chief Architect at Permit.io, Shaul likes solving complex problems and building well functioning systems. He’s been coding since the age of 8, and is a total computer nerd who always enjoys writing Assembly code. Shaul is also an 8200 (IDF Intelligence) alumnus, and was the Chief Architect & first employee at Claroty, a cybersecurity unicorn.

Chief Architect at Permit.io, Shaul likes solving complex problems and building well functioning systems. He’s been coding since the age of 8, and is a total computer nerd who always enjoys writing Assembly code. Shaul is also an 8200 (IDF Intelligence) alumnus, and was the Chief Architect & first employee at Claroty, a cybersecurity unicorn.